It’s been only recently that a crash-test of a 9U anti-vandal box appeared on our site. Today in our lab we have a similar metal construction intended for protecting the provider’s equipment in roof-spaces, entrance halls and other places with no access control. So, we decided to partly break the promise we gave in the previous review and to test the E-29 cabinet produced by the NetProtect Company. We did our best to give an independent review of the box at hand; however, we couldn’t help comparing now and then. 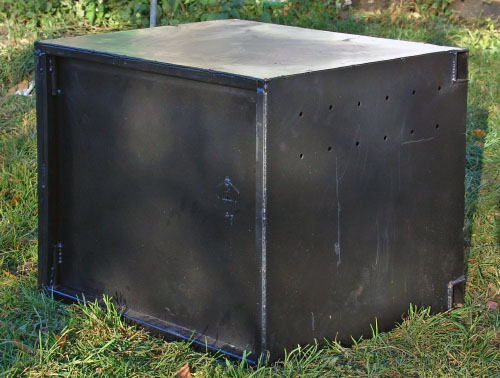 From the very beginning of our acquaintance with NetProtect E-29, the thing that struck the eye was the welding quality which was totally different from what we saw in the previous box. During our tests we had to be careful not to cut our hands on sharp edges of the plates and drops from welding. The exterior of the cabinet did look brutal.

NetProtect E-29 is a full-metal safe-like box with a sunken door which has an additional welded plate protecting the keyhole. The hinges aren’t covered; however a special welded metal stripe protects the door from being taken out when the hinges are broken. 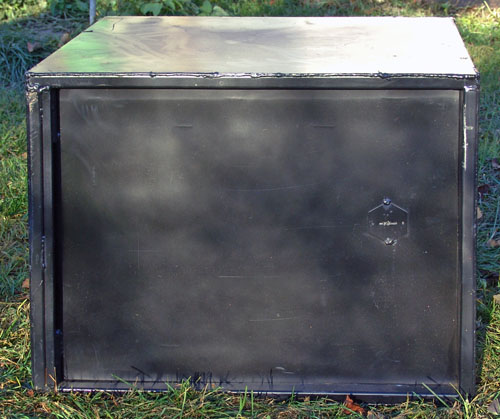 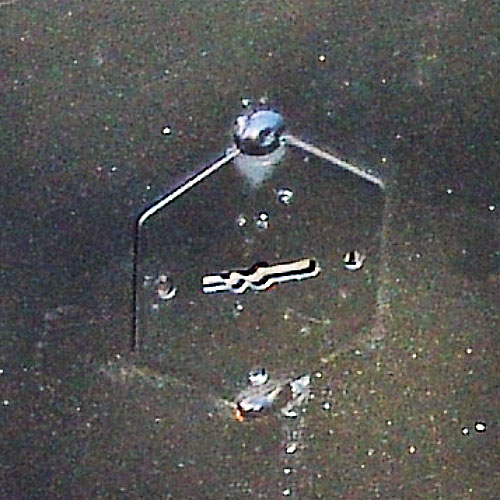 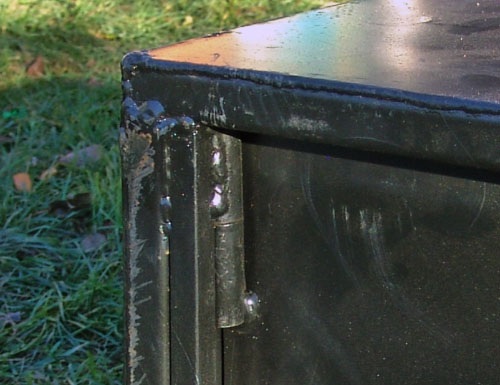 The undetachable lock has three bars and is placed between the sheet of the door and a curved reinforcing plate welded from both sides. The door perimeter is reinforced with ledges.

Rather large holes drilled in the side walls serve as ventilation. As their number is not big, it’s supposed that no powerful equipment will be installed in the cabinet. 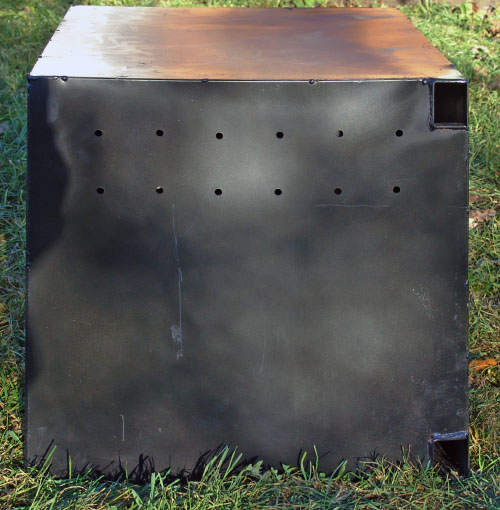 Cable entries are also located on the side walls and are reinforced with additional metal stripes along the perimeter. 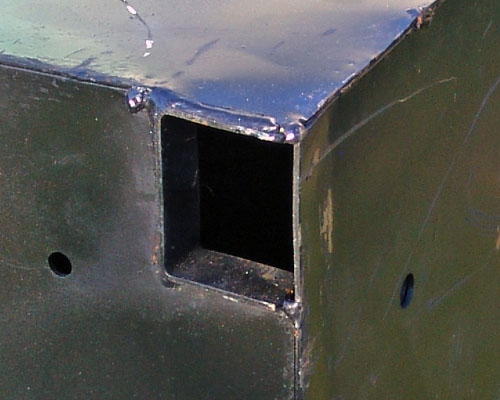 The rear wall displays five heavy-duty holes for mounting E-29 on the wall. 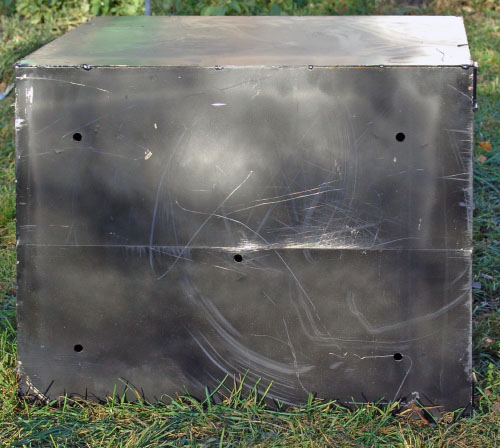 The railings are undetachable with round holes for fixing rack equipment. 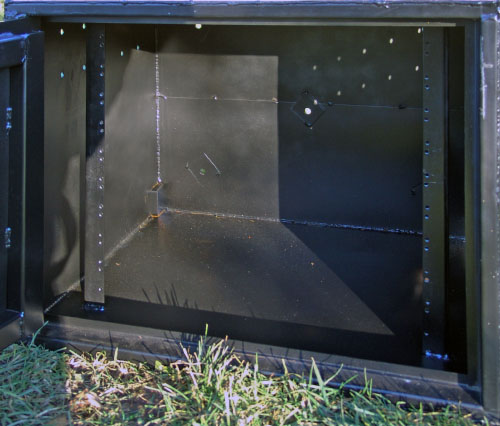 Inside the box we failed to find a hard-copy manual or ankors for mounting the cabinet on the wall, so now we are through with describing the E-29 design and move on to testing it.

Just like in our previous testing we decided not to use the tools unavailable to common thieves. At hand we had a naildrawer (a pry-bar), an angle grinder, tin snips (bolt-cutting pliers) and a pickaxe. It’s obvious that the angle grinder and the pickaxe produce much noise that can attract the tenants’ attention; consequently their use was rather limited.

On the vendor’s site we found a photo-report on their crash-test where an automobile tire jack was used. Naturally, we didn’t make this test as it’s senseless for this type of enclosures.

Unlike TLK TWS-096054-M-GY this time we failed to start our break-in from the ventilation holes as we were unable to stick the snips into them; so we decided to start cutting from the cable entries. Certainly, we could’ve enlarge the ventilation holes with the pickaxe, but then the protected equipment would have been inevitably damaged, because we couldn’t control the depth of the tool penetration. It turned out that the presence of reinforcement in the cable entries wasn’t much of a hassle as they were readily cut through. 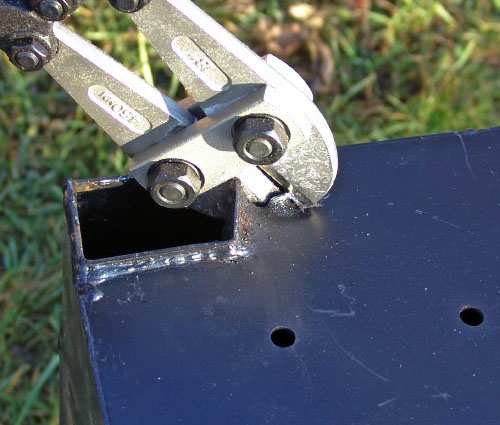 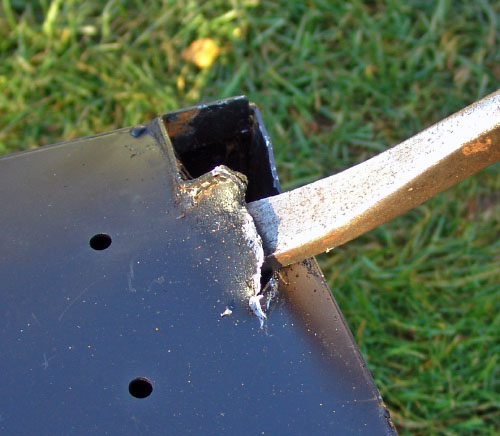 Lack of reinforcing ribs on the side walls allowed us to easily prolong the cut. We have to mention that in comparison with TWS-096054-M-GY in NetProtect E-29 the metal was harder, so we had to apply a bit more effort. 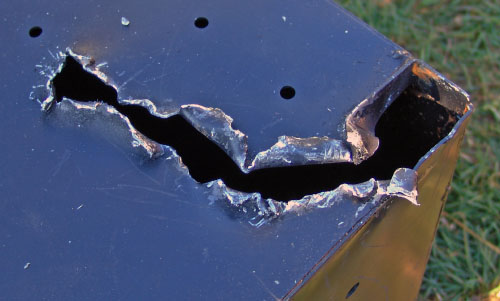 We went on cutting up to the rib behind which the bars of the lock go. It turned out to be unreinforced at all, so we were able to cut it with the help of the bolt pliers. 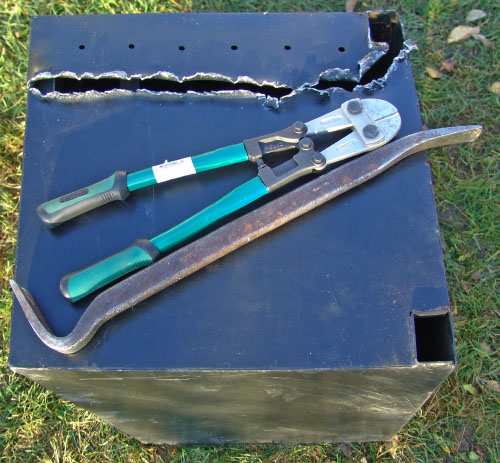 Cutting further on, we were able to remove a big part of the side wall and the rib and to open the door. 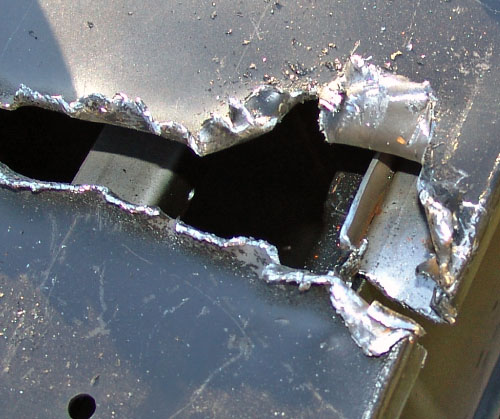 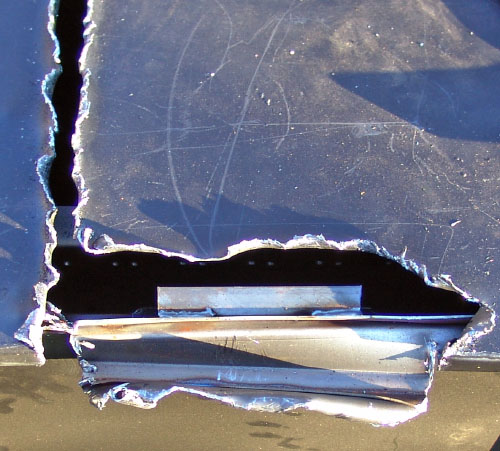 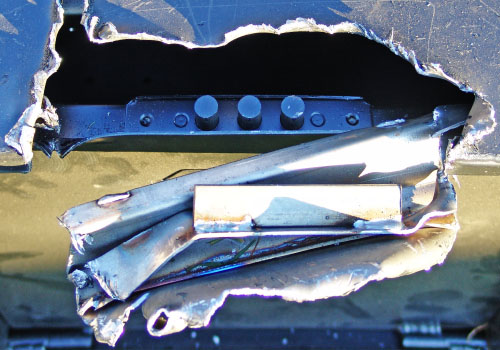 The next victim of our attack was the hinges which we tried to break with the help of the pickaxe. However, even total destruction of the hinge didn’t allow us to open the door as we were hindered by a metal strip welded from the outside. 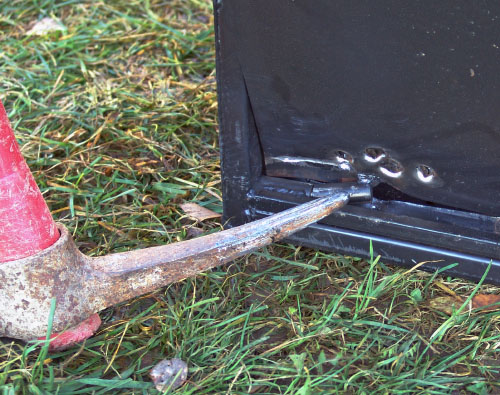 We fortunate to find out that this strip wasn’t welded along the whole length of the door, so we managed to tear it off the cabinet with the pickaxe and the naildrawer, after which we took the door out. 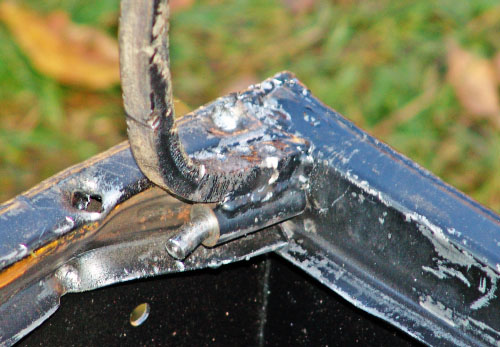 Then we decided to force the lock. First we sawed the bars which turned out to be full-metal and didn’t prevent us from using the angle grinder. 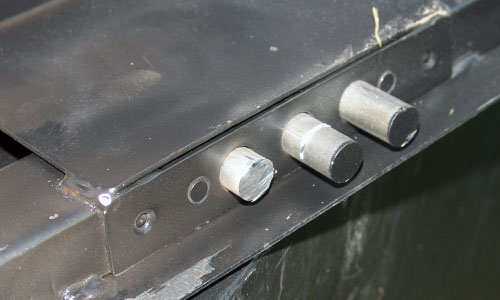 Of course we could’ve applied the angle grinder to the hinges and the stripe protecting the door as well as on the side walls themselves, but this method produces too much noise. 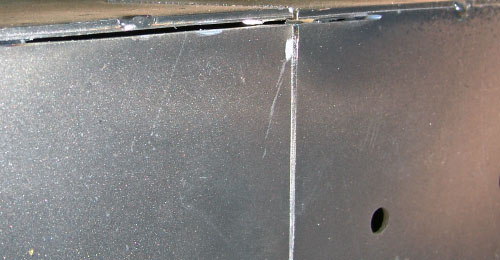 The second attack was with the help of the pry bar. We tore off the protecting plate of the lock and enlarged the keyhole. We failed to pull the lock out, but the hole would be enough to start a cut and then to detach the lock from the door completely. Unfortunately, the presence of the second metal plate keeping the lock in place turned out to be insufficient for providing any serious obstacle to the cut. 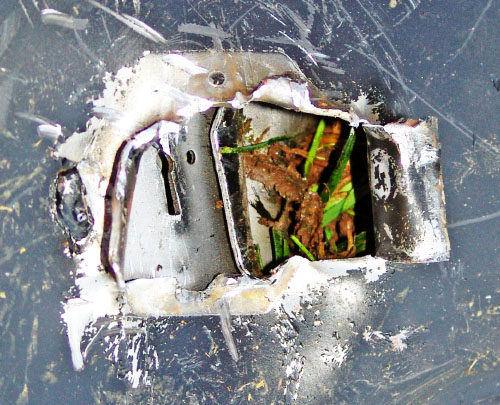 Another unpleasant moment was the quality of the welding between the side walls. We were able to partially tear two sides apart along the cabinet rib. 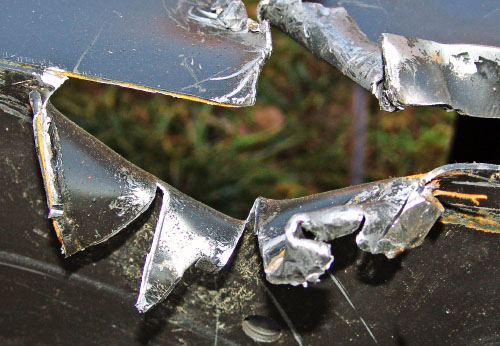 It’s worth noting the presence of reinforcing ledges along the door perimeter that prevent it from being cut with tin snips or bent; however, there’re no such ledges on the side walls. We think that the use of ledges would only slightly increase the cost of the construction but the benefit would be substantial.

Let’s draw the conclusions of our crash-test.

After the test we had mixed feelings. On the one hand the NetProtect Company took some steps for introducing additional protection for their metal constructions like reinforcing cable entries and the door; however, we think these measures to be insufficient. Among necessary measures we could mention full protection of the lock by putting it into a metal box welded to the door along all four ribs. Then, additional reinforcing ribs welded to the side edges would render the use of tin snips to cut them impossible. To reinforce the cable entries it would be better to use thick armature pieces rather than thin metal plates.

The advantages of the tested model E-29 are presented below.

We can’t but mention the disadvantages too.

Time and again we would like to remind the readers that the task of protecting telecom equipment is complex; its realization comprises not only using protective metal constructions but also involves a number of administrative measures directed to increasing tenants’ and guards’ vigilance. Employment of special detectors reporting to alarm response teams about any “works” being performed on the enclosure, - is one of necessary steps to adequate protection of providers’ equipment in roof spaces, basements and entrance halls as well as in other places with limited or no access control.

To be fair, we have to mention that the NetProtect Company also produces safes with reinforced side walls: E-49, E-45 and E-422.

When the article was being written the price for the NetProtect E-29 anti-vandal cabinet was 2350 RUR.

The author and the editorial team would like to thank Alexander Mukhin for helping to run the test and the NetProtect Company for supplying the anti-vandal box for testing.