By the beginning of the summer, 2009 Yota (Scartel) will have finished to test its 4th generation wireless network and will enter commercial service in Moscow. Besides the capital the IEEE 802.16e network will be deployed in St.Petersburg and Ufa. The coverage area that existed in Moscow by the time this article was written is presented below. The current information can be found on the site of the service company. 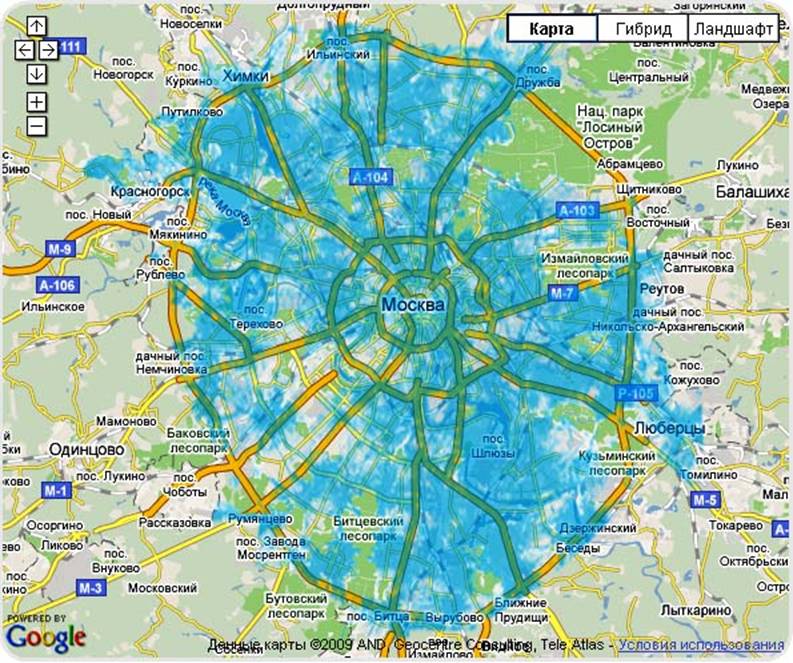 Besides the territory inside the MKAD the network is also available in some nearby cities of Moscow like Krasnogorsk, Lyubertsy and Zelenograd.

The speed that the provider offers is impressing: downloading speed up to 10 Mbps and uploading one up to 3.5 Mbps. Of course, we decided to check whether the announced speed and coverage area correspond to reality.

In our tests we used notebook ASUS Eee PC 1003 HAG with built-in wireless network card Intel WiMAX/Wi-Fi Link 5150. Yet, Yota device recognition service failed to identify our connection correctly as when we tried to register the device in our personal account we were informed that there were no WiMAX connection. 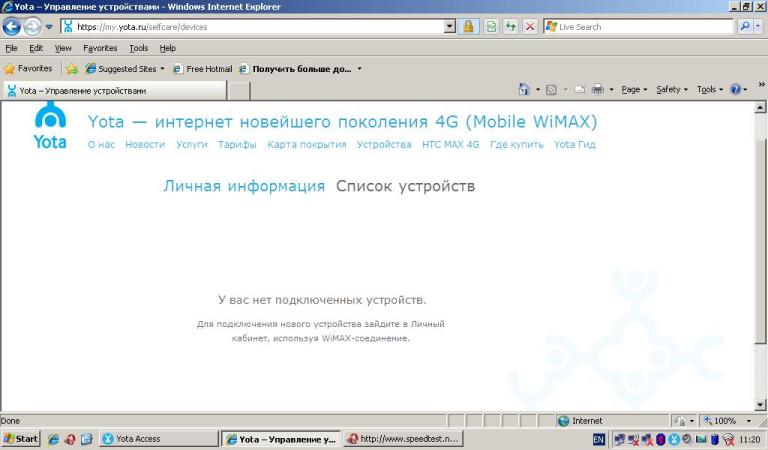 For network speed testing we chose three Moscow rings: the Sadovoye Ring, the Third Transport Ring and the MKAD, and the territory of Moscow satellite town, Krasnogorsk. The best network coverage was within the Sadovoye Ring. Here we got internet access at speeds up to 10 Mbps and roaming between base stations with no session breaking. On the TTR there were places with a strong signal where internet connection speed was about Ethernet one and places where downloading speed hardly reached 1 Mbps. On the MKAD the situation was even worse. The connection speed was lower than 10 Mbps and there were quite a lot of places with no connection at all. The network coverage was detected mostly in the areas with housing estates near the MKAD. Our stops for speed testing provoked genuine interest of traffic control inspectors still on the Sadovoye Ring and the TTR they didn’t even pay us any attention. In Krasnogorsk the internet access is provided via the single access point the location of which can be easily defined from the Network Coverage Scheme of Chernevo neighborhood. It must be mentioned that tests were carried out on the notebook in a parked car that’s why the connection signal and speed on custom devices mounted in buildings can differ from ours. 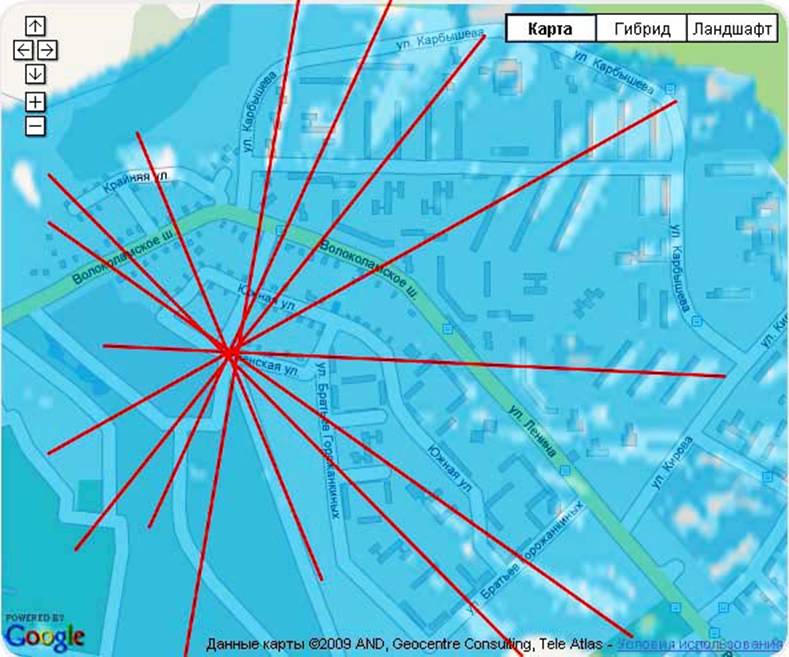 The tests were carried out via the online tester SPEEDTEST.NET, and by multithread data downloading and uploading on FTP-server. We found the way SPEEDTEST displays the test results quite acceptable that’s why we used them on the map. In areas with strong signal we managed to get downloading speed much higher than 10 Mbps. Unfortunately such results were caused by the algorithm error in speed calculation. Actually the downloading speed in this places was about 10 Mbps. It doesn’t concern lower speeds that’s why speed results less than 10 Mbps show the real situation.

The average speed on each route is shown in the table and the diagram below.

Comparatively good results in Krasnogorsk are caused by quite small area where it was possible to connect to Mobile WiMAX network.

In some places of all routes we failed to authorize in the network though Yota access utility showed a weak signal.

More detailed results on all routes can be found below.

After entering commercial service Yota will offer three service plans (Yota mini, Yota max and Yota day) with unlimited internet access with the speed up to 10 Mbps as well as additional services. Yet, if you are going to use Yota WiMAX in some certain places it is better not to relay on the coverage area scheme but to test if there is a signal or not by yourself.

On the whole we are satisfied with the service that can be a real alternative to the existing GSM-operators, especially if take into consideration that in Moscow test exploitation of 3G is allowed only in the underground and buildings. We hope that soon this network will be deployed in nearby towns of Moscow as well, at least within the Small Concrete Ring Road.

The author would like to publicly acknowledge the help of Andreeva Maria, who corrected the english version of the article. I would also like to thank Zabotina Tatiana for this article translation from Russian into English.